Keep reading to find out why the therapeutic effects of CBDV are receiving so much interest from the scientific community and why consumers are so keen to get their hands on it. 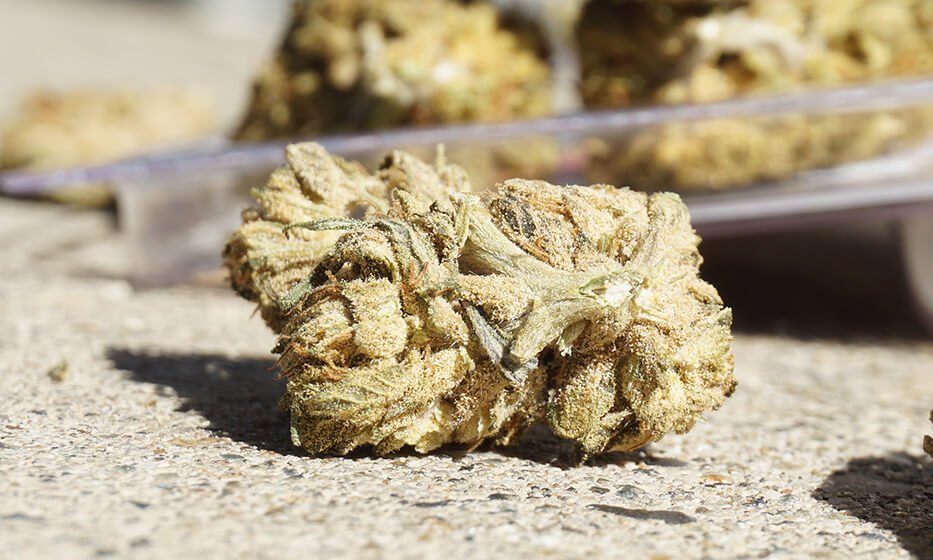 CBDV is one of over 100 naturally-occurring cannabinoids that can be found in the flowers of cannabis and hemp plants. Like CBD, CBDV is a biologically active compound that can interact with cannabinoid receptors within our body’s endocannabinoid system to influence some of our brain and body’s most essential processes.

The molecular structure of CBDV is similar to CBD, but instead of carrying a pentyl chain, CBDV carries a shorter 3-carbon propyl chain. It seems like a small difference but this propyl chain does affect the mechanisms of action and therapeutic benefits offered by CBDV.

Where can you get CBDV?

Until very recently, CBDV was considered to be a minor plant cannabinoid as it was only found in cannabis and hemp in small amounts. Generally speaking, it is most prevalent in C. Indica landrace strains from Asia and Africa and is also more common in high-CBD strains over high-THC strains.

High-CBDV smokable hemp flower is the best and most natural way to consume CBDV, as the CBDV oils, tinctures, and other processed products available most likely use a synthesized version of CBDV, created in a lab from CBD.

If you want to get your hands on some top-quality CBDV flower (or some premium quality CBD flower for that matter), head over to Green Unicorn Farms. These new CBDV strains were grown for the first time ever this year and they’re being harvested, cured, and hand-trimmed as we write. We recommend joining their mailing list to be among the first to find out when these strains will be hitting their new flower menu.

What are CBDV effects?

Although the exact modes of action are yet unknown, what we do know is that, like CBD, CBDV doesn’t directly bind with CB1 receptors in your brain, making it a non-psychoactive cannabinoid. This means you won’t experience that euphoric and intoxicating high after consuming it, as you do from THC.

The effects of smoking or taking CBDV are similar to those produced by CBD, including peaceful, anxiety relieving, calm energy, but it’s when we look at CBDV’s benefits that the differences between the two compounds really become clear.

What is CBDV Benefits?

Due to the widespread prohibition of cannabis, research into the benefits of CBDV has been limited, but there are some interesting studies that highlight the therapeutic potential of this cannabinoid, some of which we’ll discuss below.

At this point, much of the current research into CBDV is being funded by the US government and GW Pharmaceuticals. GW also developed the first CBD-based drug, called Epidiolex, that won FDA approval in 2018 for the treatment of some severe forms of epilepsy.

Due to an abundance of promising preclinical data (in the lab and animal studies), they are now funding human clinical trials to test CBDV’s effects on seizure disorders, autism spectrum disorder, and Prader-Willi syndrome.

Studies on rodents have also shown that CBDV has the potential to be a powerful anti-emetic, by blocking nausea response at CB1 receptors. And another study on rats found that CBDV can activate TRPV1 receptors, effectively desensitizing pain sensation.

CBDV was also shown to improve motor function and sociability in a mouse model of Rett syndrome, a disorder caused by a genetic mutation affecting brain development, almost exclusively in young girls. In this study, CBDV also normalized the brain weight of the mice subjects.

One year later, in 2019, a team of researchers found that CBDV may have the ability to prevent muscular degeneration in patients with Duchenne muscular dystrophy, as it effectively restored and even rebuilt muscle function in a mouse model by relieving chronic inflammation. 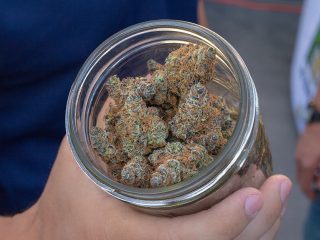