Mushrooms have long been used for medicinal purposes in many ancient cultures all over the world. It’s quite easy to find mushroom supplements online and in-store, but you may find it considerably more difficult to source psilocybin mushrooms as psilocybin is currently listed as a schedule I narcotic substance, making it federally illegal.

However, psilocybin is attracting a lot of interest from medical researchers and scientists due to its potential therapeutic properties, especially in the area of mental health. There is a growing body of research that shows that psilocybin mushrooms may be useful in the treatment of addiction, depression, and anxiety.

Click here to learn about other healthy mushrooms that work as plant medicine.

In this article we’re going to look at using psilocybin for depression, answering questions such as: 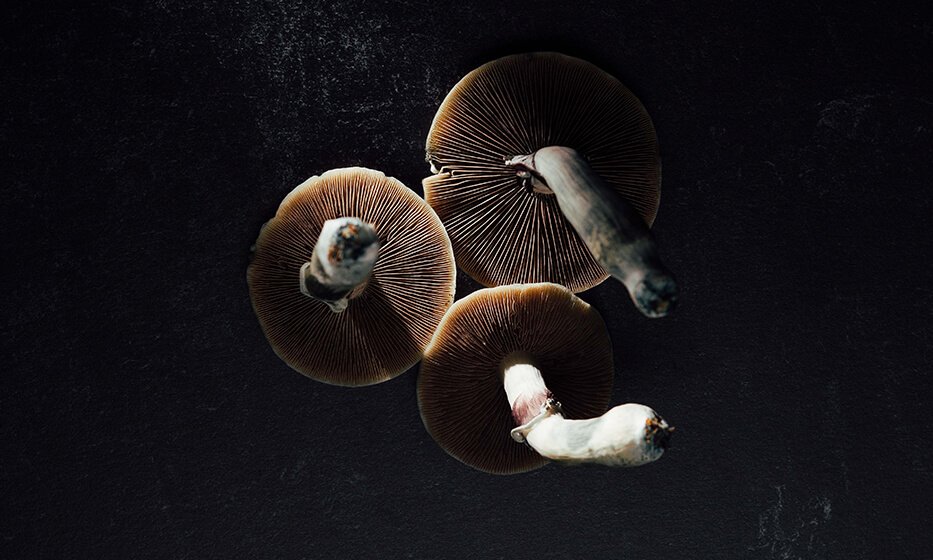 Psilocybin is a naturally occurring alkaloid compound that can be found in some toadstools. It is a prodrug compound, meaning it’s actually inactive until it’s metabolized by our bodies, at which point it becomes pharmacologically active.

Psilocybin is a hallucinogenic compound and mushrooms that contain it are more commonly called magic mushrooms. They are used recreationally by some people as they can provide sensory distortion and feelings of euphoria. Their psychedelic effects are also sought after by others that are looking for a transcendent spiritual experience.

How does psilocybin work?

Psilocybin activates serotonin receptors in the prefrontal cortex area of your brain that is responsible for mood, perception, and cognition. It also influences other areas of your brain that help regulate arousal and panic response.

It doesn’t always cause hallucinations, but it will change the way that people (who take it) perceive their environment. Potency can vary depending on the particular mushroom species, how it was grown and harvested, and whether you take it fresh or dried.

If you take psilocybin, then you’ll usually start feeling the effects after around 30 minutes, but once they come on they can last for anywhere between four and six hours.

Unlike other psychopharmacological treatment models, psychedelic therapy seeks to treat core psychological issues with a number of potentially profound and transformative experiences.

An earlier 2016 study treated 51 patients with life-threatening cancer, suffering from clinical depression, with psilocybin over a period of five weeks. This team of researchers found that a high dose of psilocybin showed marked reductions in symptoms of depression without dulling emotions, while also increasing quality of life, life meaning, and optimism.

Another similar study, also published in 2016, was carried out on a smaller group of 29 patients with life-threatening cancer. This study also concluded that psilocybin produced “immediate, substantial, and sustained improvements in anxiety and depression”. At a 6.5-month follow-up, sustained symptom reduction was recorded in around 60-80% of the volunteers.

Read about how CBD gummies can help with anxiety here

Further human clinical trials were published in the JAMA Psychiatry Journal in 2020. Although it was a small trial involving just 24 study participants, the researchers also concluded “This randomized clinical trial found that psilocybin-assisted therapy was efficacious in producing large, rapid, and sustained antidepressant effects in patients with major depressive disorder”.

If you want to try psilocybin treatment for depression, experts advise that you start with a smaller dose and work your way up to a larger dose.

Researchers found that gradually increasing doses, month by month, elicited the best results, as these subjects had the highest levels of self-reported well-being, life satisfaction, and a persisting positive mood.

The 1st session involved a 5mg dose and then every month the dose increased by 5mg until they finally took a 30mg dose in the 6th session. Even the smallest dose seemed to have positive effects, but the greatest increases in well-being occurred at the 20mg mark.

Microdosing psilocybin for depression involves taking smaller doses of psilocybin, but more often. Around a tenth of a usual “trip” dose is usually recommended, so between 0.2 and 0.4mg would be a good place to start.

The amount you take when microdosing should be too small to produce hallucinations or visual effects, but it should change your outlook and many people report a noticeable sharpening of the mind and senses.

However, it’s important to remember that all of the human studies on psilocybin for depression also involved a high level of psychological support for the volunteers.

In a newsletter from Double Blind Magazine it was reported that “…The number one reason that people don’t succeed at microdosing is because they don’t stick with it.” 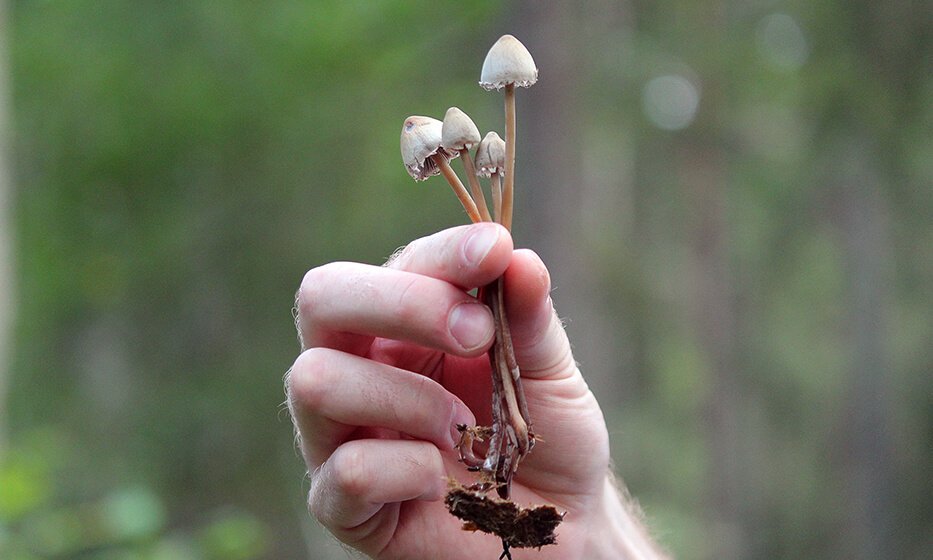 What kind of psilocybin is best for depression and anxiety?

Psilocybin is found in over 180 different mushroom species, including the most well-known psilocybe cubensis. However, it’s impossible to say which mushroom may be best for treating depression and anxiety as we believe all of the scientific studies used synthetic psilocybin, rather than the whole shroom.

Unfortunately, this means there is no data available on the therapeutic potential of different mushroom species and what they could best be used for.

Where is psilocybin available?

Psilocybin is still currently a schedule 1 narcotic and is illegal under federal law. However, some cities have already made a move to decriminalize the substance, including Denver in Colorado, and Oakland and Santa Cruz in California. In 2020, Oregon officially became the first state to legalize medical psilocybin, although it will be another year at least before psilocybin-assisted therapy is available.

Purchasing spores and growing magic mushrooms yourself is technically allowed in almost all states, but the spores are illegal in California, Idaho, and Georgia. 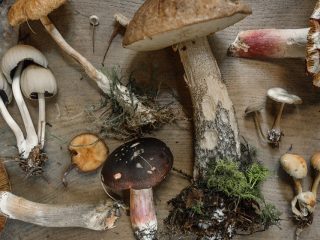 Next Post (n) Top 6 healthiest mushrooms and their effects